Celebrating Paco turning 6 tonight. I am here, waiting for possible drop off kids. I had the plan of my mom putting out snacks while I waited for kids. The plan was altered by Tommy getting pink eye. Now Amanda and Shan are putting out food, juggling their kids while I am here, without kid! Mom and Clark are caring for the goopenator. Sad beeb. Clark at least gets to watch the Olympics. 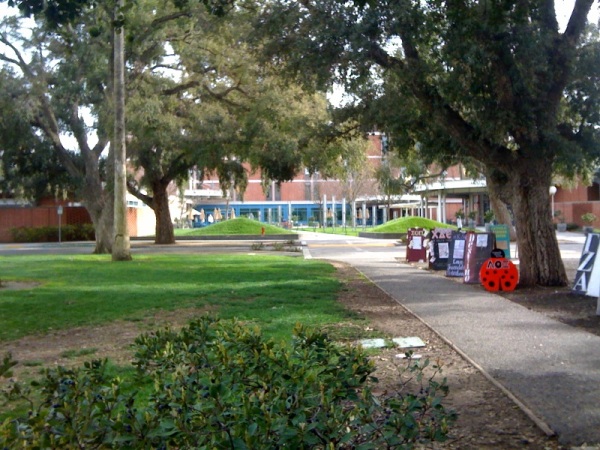 Tomorrow we start a 2-day celebration, well, 6-day celebration of Paco’s birthday. He will be 6, but technically has no birthday this year. My cousins in Denver claim him in the February bunch, but I always think it is March 1st. He is a Leapling. Tried and true.

So tomorrow is the bowling for kids, Monday is the actual day (I believe iHop is involved) and Friday is family celebration day (with all the grandparents). He is full of joy, obsessed with legos, and eats a bell pepper a day.

In Tommy’s world, Paco is a rock star.

Prepped for Run to Costco

Steve is snoring and I cannot sleep. Strange. But he is sleeping and that is a rarity. Finally a moment when he is not worried and can sleep.

This is usually the low platelets week thanks to Temodar. The danger is when it gets below 100 (in my case). Looking just fine.

This is the White Blood Cell count. Somehow, I don’t understand its meaning. I need to find a novel about it so I can actually read it with focus!

The title quotes Aaron Sorkin. I am a West Wing fan.

Today my neighbor cancer pal and I took a walk. She had breast cancer over 5 years ago, discovered as Stage 4. I think she was 39. She had a 6-year old and a new husband at the time. She conquered it and it returned. Again, she conquered it (Avastin) and it has just returned again. She had a tumor develop in the back of her head she is mad. She is on steroids; (to help with the swelling) which are making her crazy. I remember that. They made me a lunatic. It was good to talk to someone who is unafraid. She is unafraid of death, unafraid of treatment, unafraid. She is afraid for her daughter, for her husband, not for herself.

What has been taking up a lot of thought all week is being at ease with the concept of death and the celebration of life (I am a big believer in wakes). Steve and I had a great conversation about what to do with the end of life. For us, this works: to have the conversation before it is necessary, before emotion hits.

For example, we talked about our infertility plan before even trying for Paco. We wanted to make the plan before we had to do so. It was not an issue for getting Paco, but the efforts to get Tom were more challenging. I was so glad we knew each other’s limits. It stopped emotion from taking over the situation.  And we got Tom out of the deal. He was the last pass at science. We never were going to do the Hail Mary pass of IVF.  We had agreed not to do so 5 years prior.

If you have issues with death or funerals, etc. skip the rest.

Pre-Paco, we had a plan for what to do in the event of death. The plan was cremation and spreading in Italy. (Monte Bianco, I think was the locale). Steve said he regretted not proposing there. But now, with the kids, it seems too far and too expensive! So I started looking locally. I checked out a cemetery (Steve said that did not surprise him). After talking to my mom, and being inspired by my grandmother. We made an easy decision.

My paternal grandmother, “Bombi” forged a great trail. She was married at 26, had three kids, cremated a husband (who died of brain cancer) in 1978, and two of the kids died before the age of 60. Bombi beat all odds and died at 100 and 9 mos. My mother and she organized Bombi’s body donation to science. She seemed like an extraordinary study: she was a 100-year old who loved bourbon and cigarettes did quite well (I think she stopped smoking at 92, because she had a small stroke and did not want to set her apartment on fire if she dropped a cigarette). So with that inspiration, Steve and I are working on the paperwork for UCD.

My current search is a place of brain donation. Believe it or not, two people emotionally and physically close to me at their time of death, had their brain harvested by UCD before cremation. The first: my father, in 1995, due to the rarity of his neurological disorder. The second is my best friend’s daughter, Elyse. Elyse died in 2005 of pediatric brain cancer at 5.5 weeks in at home her mother’s arms. A physician met them shortly after the end of life and harvested the brain before Elyse was cremated. And then the oncologist wrote a beautiful letter about the generosity that helped cancer research immensely. So now I am on a search for a place for my brain to go.

I had a wonderful chat with one of my specialists who said they were trying to get a brain donation program up and going. I said, work on it, but no hurry, I plan to outlive the MD. Then we joked about being in our 80s and arguing loudly (we’ll be deaf) over what do to with my brain.

Shan used to be a bit ill at ease with my attitude towards funerals. The year we were roommates, I went to 5. Before I was 8, both my mom’s mom and my dad’s dad had died. One had a funeral, one did not. Celebrating the end of life is important. And my mother taught me it was important to attend. Steve seemed confused by the ease at which I would go to one. We started talking about how many I had been to in my youth and he understood (I am sure at least an average of 1 a year) how high the number is. He went to one for my cousin and one for my uncle. He had only been to one before those. And Steve appreciated the celebration and warm goodbye. He appreciated the recognition of warm souls. And he seemed grateful to have married into it.

So for ourselves, Steve and I are going to follow Elyse and Bombi’s path and make a difference in the scientific future. And we will do what some good friends did for Shan and Chris. Some doctor friends, a married couple (Internist and Psychologist) bought them a brick with Elyse’s name on it for Capitol Park here in Sacramento. Shan said it gives her a place to go every year, a place to mark the loss.

Steve and I are teasing each other about the brick. If Steve goes first, it will be at Laguna Seca raceway. If I go first, probably Newman Center in Sacramento. We each have our spiritual cathedrals. Good places for our kids to go. My guess: Tom gets married at Newman Center, Paco at Laguna Seca.

Just tired and we all seem to have a small cold.

Short Note. All is Well

All is well. I think I have a slight hearing problem, and will get it checked out. They UCSF team seems more worried about the possibility of allergies than I am. That is kind of cool.

Off to sleep. It will be a slow week as we prep for Paco’s 6th birthday (March 1st), the abuelitos to arrive and then Tom turns 1 on March 8th.

Paco lost his 6th tooth and Tom’s 6th is arriving. It goes by fast.

They were sick. Yet still smiling and snuggling all day. Steve and I are beat and have long days tomorrow. Tomorrow is a UCSF day. I imagine all is well. Will update tomorrow.